Wakaf Bharu Railway Station is the closest train station to Kota Bharu, which is the main city in Kelantan and a transport hub for travel to and from Thailand, as well as the location of the Royal Thai Embassy. 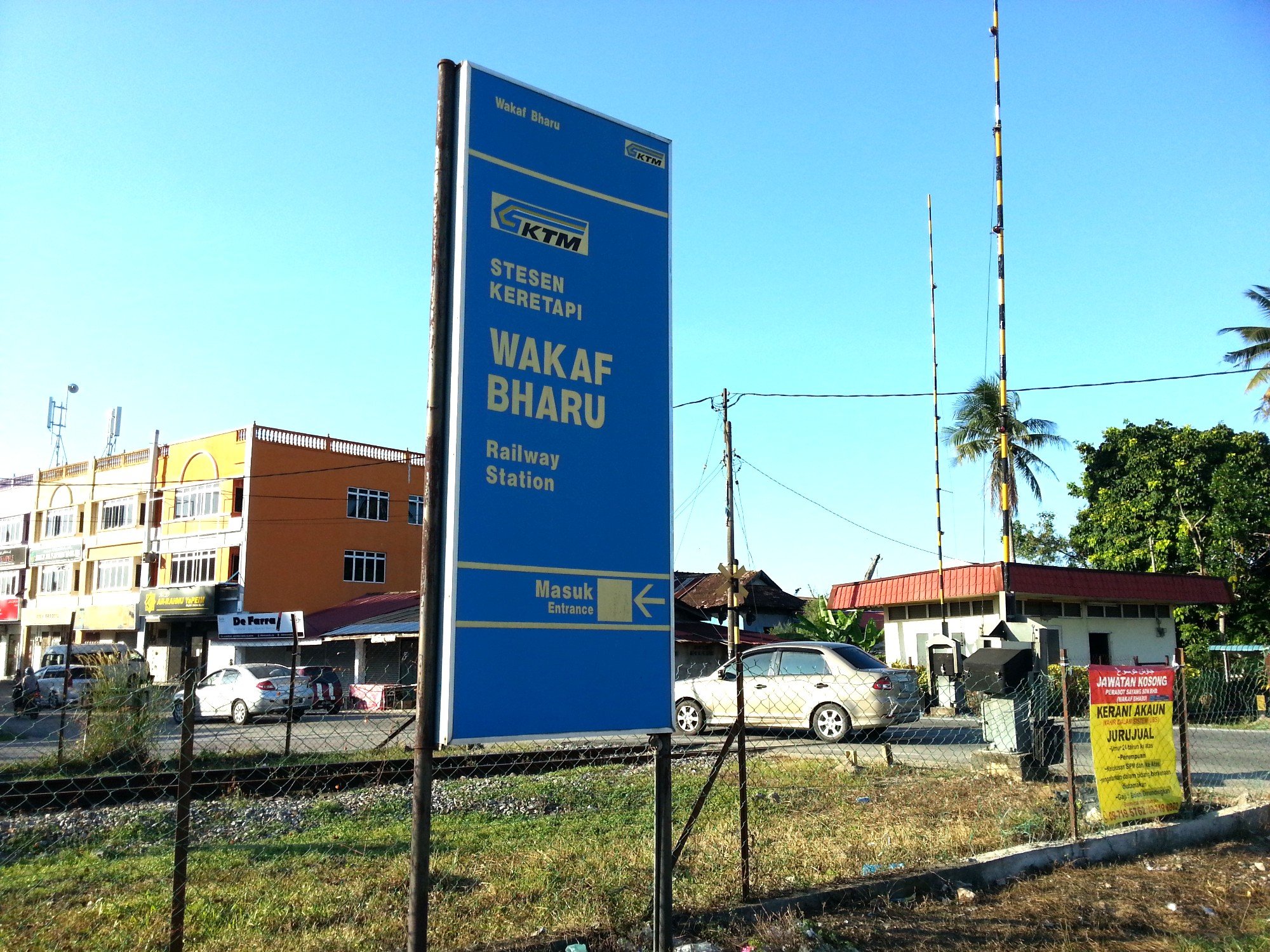 Wakaf Bharu Railway Station is on Malaysia’s East Coast line, also known as the Jungle Line, which runs south from Wakaf Bharu to Johor Bahru from where passenger can catch a commuter train or a local bus service to Singapore.

Wakaf Bharu Railway Station is a small station that serves 4 trains in each direction each day. The train station was opened in 1948 when Malaysia was a British colony and the East Coast line connected important administrative centres in Eastern region of the Malay Peninsula. The station is now largely used by Malay holiday makers and the arrival of the single daily train service travelling all the way to Johor Bharu is the main event at the station each day. 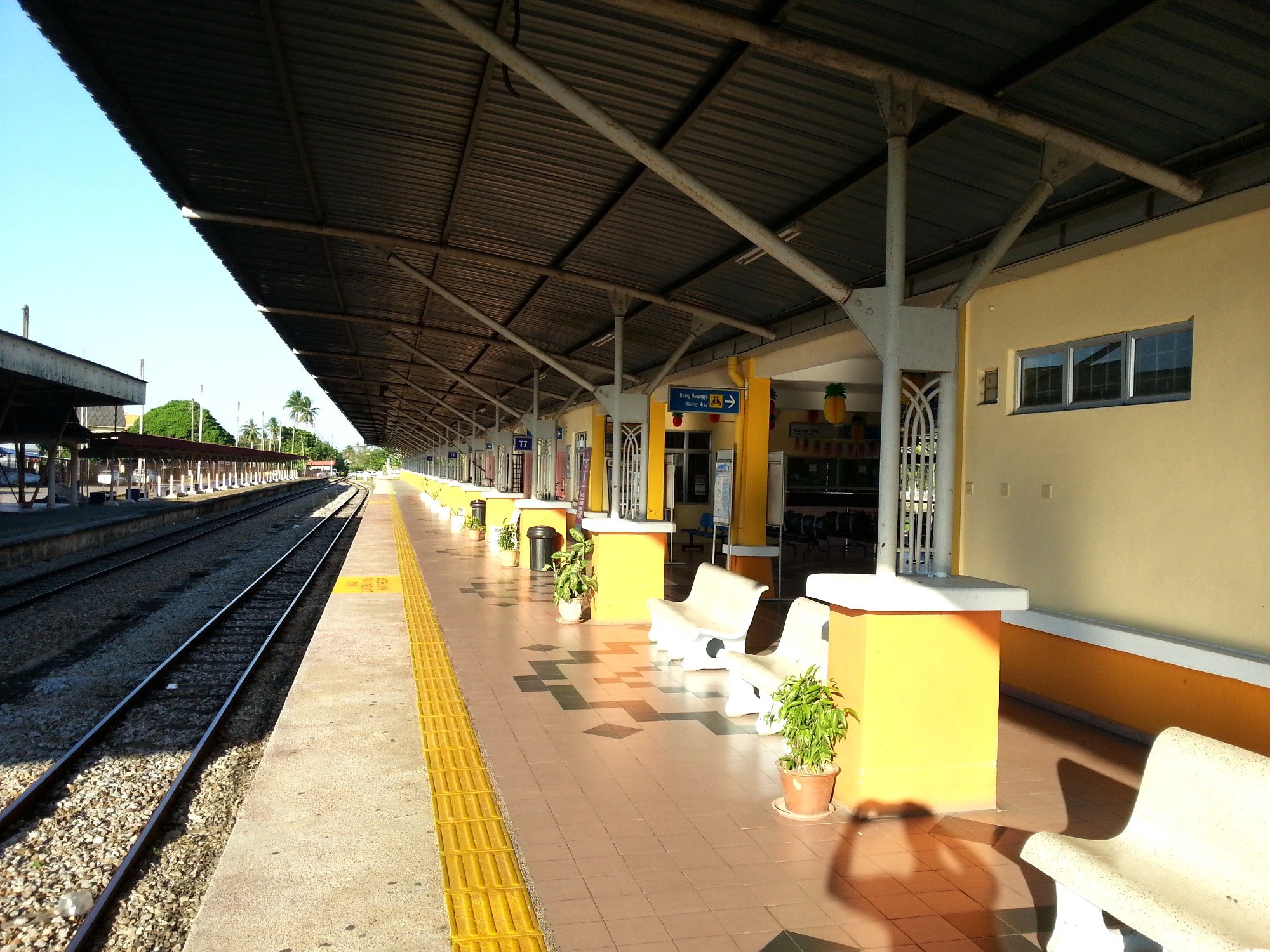 Wakaf Bharu Train Station has two platforms and a single long rectangular building containing the ticket hall, waiting area, retail outlets and the rooms were the train operations are managed.

There are 4 daily southbound services from Wakaf Bharu Railway Station.

Use the Search Box below to buy train tickets from Wakaf Bharu:

Wakaf Bharu Railway Station is one of the older styles of stations in Malaysia and in some respect the facilities are more user friendly than the newer stations. 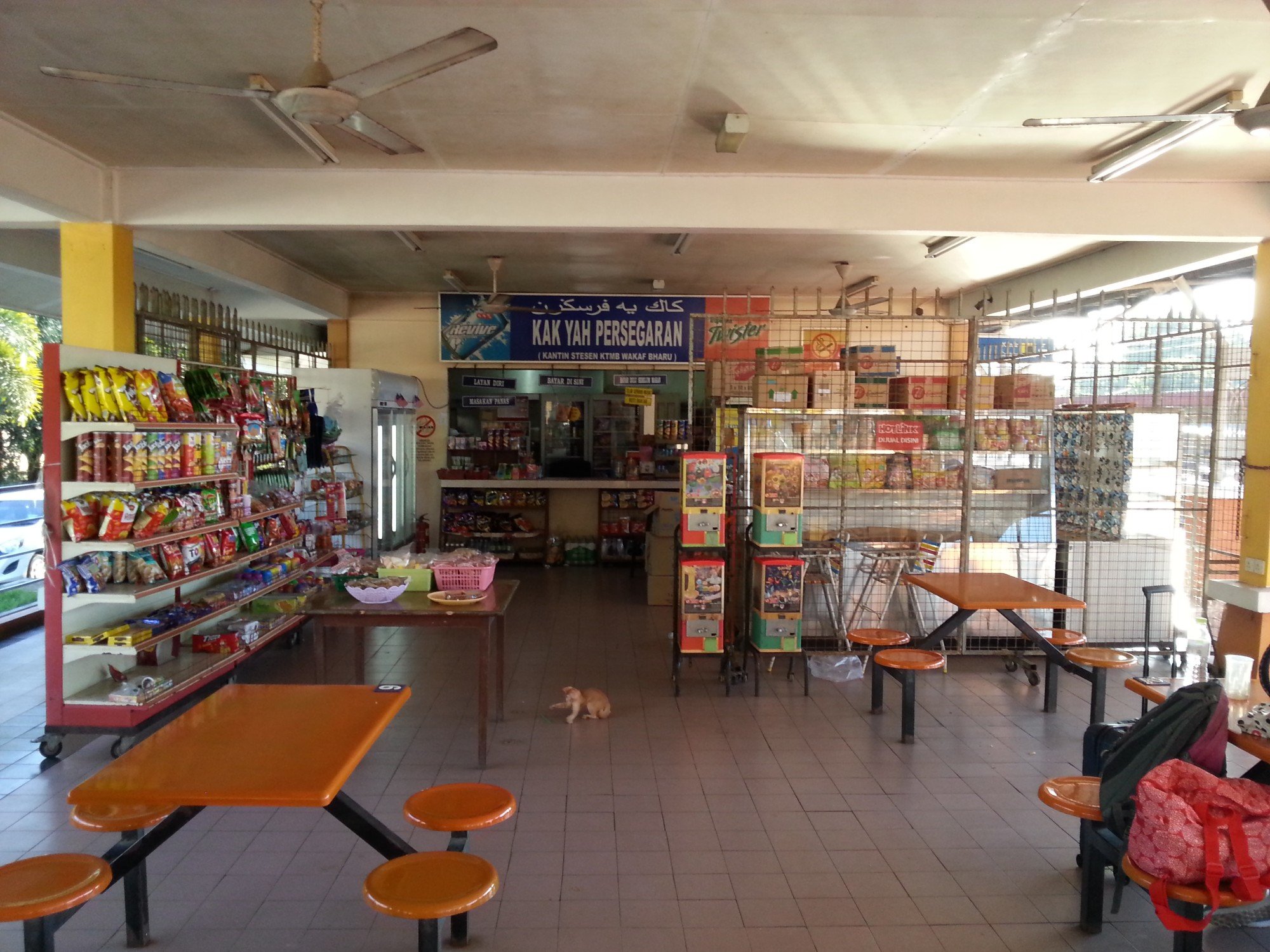 There are toilets on Platform 1 at Wakaf Bharu Train Station and a large convenience store style shop which also serves hot food and drink by the ticket hall. You can find lots of snacks and drinks for the journey at this shop, as well as order some cooked food to take with you in a box to eat on the train. Alcohol is not sold at the shop at Wakaf Bharu Railway Station. 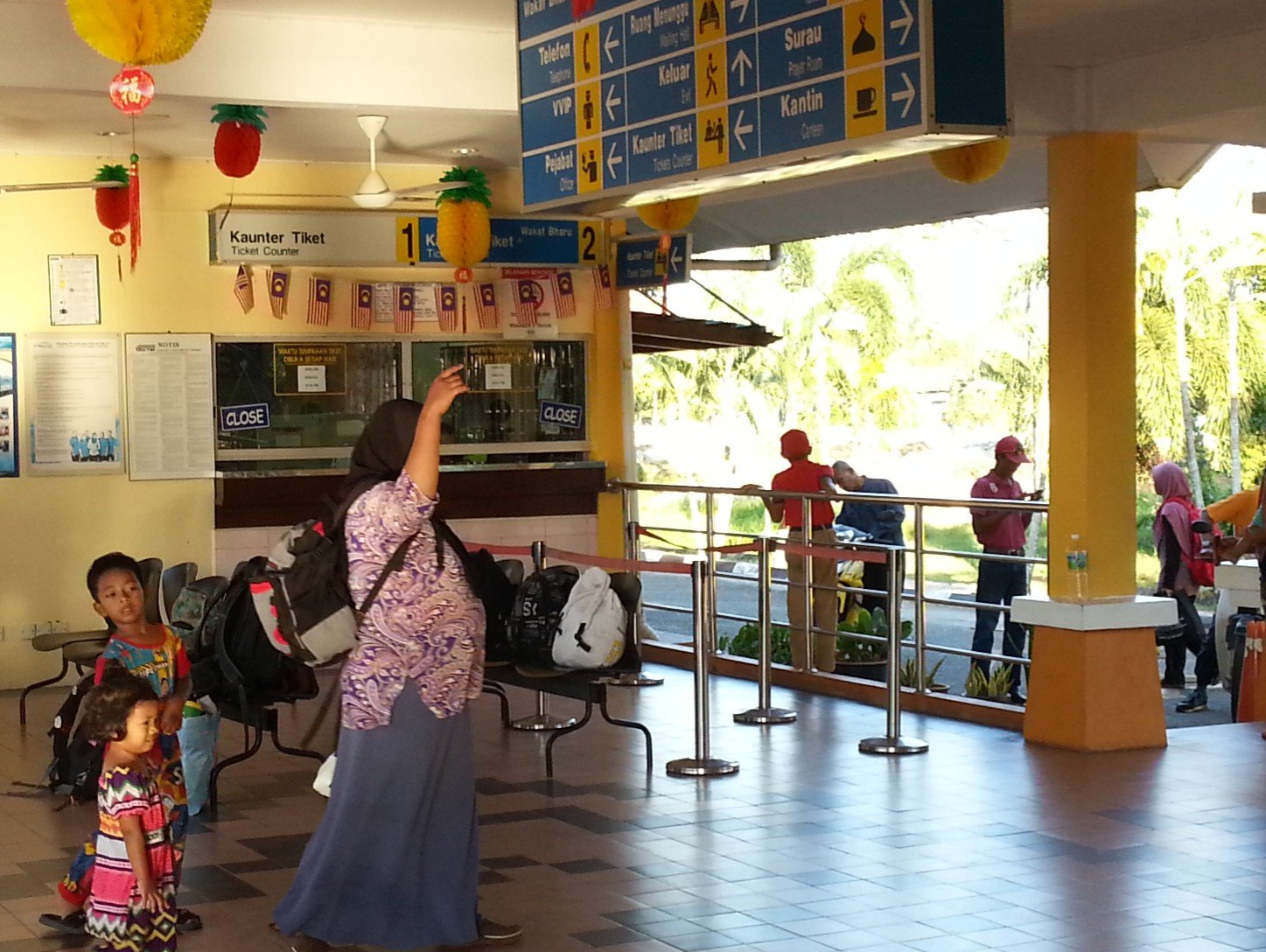 Tickets for the seating only carriages are often available on the day of travel at Wakaf Bharu Railway Station but sleeper seats on the southbound trains generally need to be booked at least a week in advance of the day of travel. There is only one sleeper train a day travelling south from Wakaf Bharu and it gets booked out early. 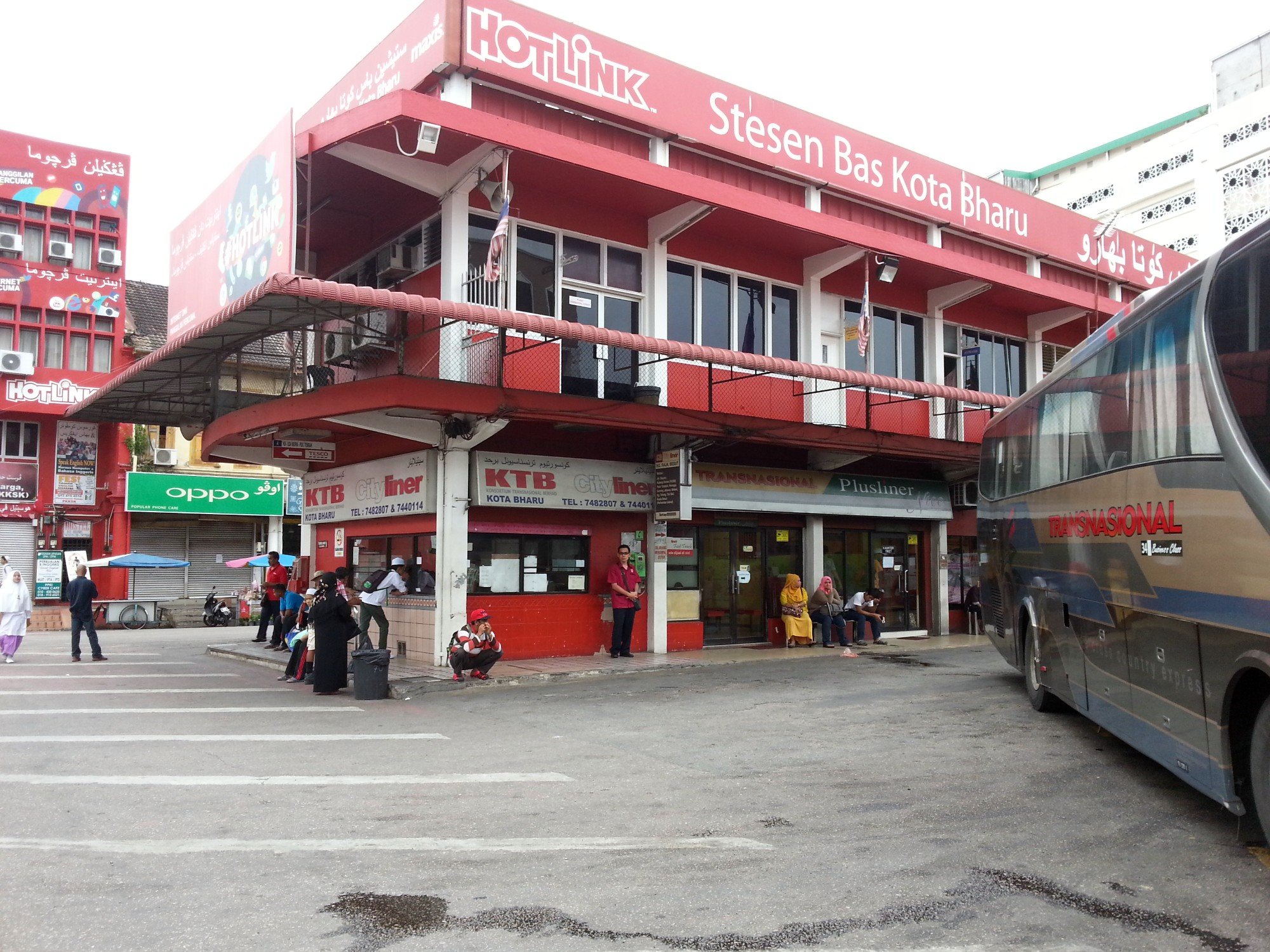 Cityliner #19 and Cityliner #27 bus services from Stesen Bas Kota Bharu to Wakaf Bharu Railway Station depart about every minutes from 07:00 to 19:00 and the fare is 1.6 MYR for adults. The bus stop for the railway station is located on the main road near to the turning to the approach road to the station, about 140 metres walk away from the ticket hall.

Next read about Travel from Penang to Kota Bharu