Gemas Railway Station is an important Malaysian train station located in the small town of Gemas (pronounced as ‘ghee-mas‘) in the far eastern part of Negeri Sembilan in West Malaysia.

From Gemas Railway Station there are trains travelling in three directions:

There are 2 daily trains services from Gemas Kuala Lumpur.

There are 4 direct train services a day from Gemas to Johor Bahru. Please Note: JB Sentral Station is currently closed for a building upgrade and trains are temporarily terminating at Kempas Baru, which is the next closest station to Johor Bahru.

There is 1 daily train service from Gemas Padang Besar.

Use the Search Box below to buy train tickets to and from Gemas Railway Station:

Gemas Railway Station itself has very facilities. Inside the main station building there are toilets and an air-conditioned waiting area, but no refreshments of any kind and people arriving into the station after taking the overnight train from Wakaf Bharu to Gemas will be disappointed that there is nowhere in the station where you can buy even a cup of coffee.

Gemas Railway Station is, however, close to a cluster of shops and food outlets which you can walk to:

Tickets for all services are available, however, for long distance travel, particularly sleeper berths on the service northward on the East Coast (Jungle) Railway Line we recommend booking in advance.

Gemas Railway Station is not well served by public transport. Taxis operate from in front of the station, although there are relatively few of these compared to other major major train stations in West Malaysia. The best option is to board another train to leave Gemas and alight at a different station for more bus and taxi services. To reach Melaka (Malacca) from Gemas Railway Station the best option is take one of the two daily trains heading towards Kuala Lumpur as far as Pulau Sebang/Tampin Railway Station and from there travel by bus or taxi to Melaka city. 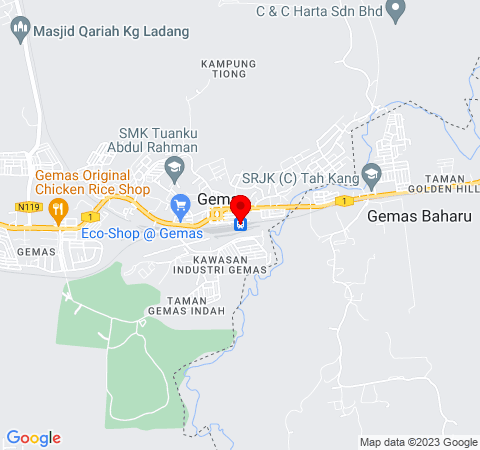 Next read about Train travel from Gemas to Ipoh